I’ve always loved the colour blue. Until recently, I didn’t even realize how many pieces of clothing in my closet were some shade of blue or another. A lot apparently! I don’t know if it’s weird to have mindful thoughts about a “colour” but that’s what happened to me this week. In my defence, I have weird thoughts about a lot of mundane and dull things, so…

Anyway, a couple of months back, I saw the comedy special Nanette by Hannah Gadsby. She expressed her thoughts on blue and pink as gender signifiers (…and lots more. It’s an AMAZING special on Netflix, you should watch it).

…Blue if anything, is a feminine color. It really is full of contradictions.

Blue is a cold color. It’s on the cold end of the spectrum. But the hottest part of the flame…blue!
If you’re feeling blue – you’re sad, but optimism = blue skies ahead!… A blueprint is a plan, but if something happens that’s not on the plan.. where does that come from? Out Of The Blue!’

I was on the subway this past Monday, rewatching the special to pass the time, and I had a thought. Now, it may seem like I’m rambling on but I promise I have a point. So, indulge me!

I got to thinking about how impactful the colour blue actually is in our daily lives. There are literally countless songs that describe intense joy or despair using the colour blue. Basin Street Blue by Louis Armstrong, Blue by Leann Rimes, Backstreet Boys’ Black & Blue album (so good!), Blue Moon by Rod Stewart, Blue Eyes by Elton John, and so on… The colour is in so many phrases and idioms we use in expressing ourselves. You get sad and say “I’m feeling blue” or “I’ve got the blues” or “I’m in a blue funk”. Occasionally some poor sap gets “beaten black and blue”, and if you’re royalty, then you’re “born of blue blood”. If you have to make a really tough choice we say you’re “between the devil and the deep blue sea”. I don’t even know how we came up with that last one, but you catch my drift, right?

Whether or not you agree with Hannah’s sentiments, she makes a good point. Blue IS a contradiction; a total oxymoron in itself.

A figure of speech in which two opposite ideas are joined to create an effect OR apparently contradictory terms in conjunction.

See, the thing is “blue” is not alone, is it? Life itself – and the choices we have to make as we live it – is a huge oxymoron.

Every day, every moment is full of choices, most of which we find is fairly unfair. The more you grow, the less perfection you seek. You learn to thrive in organized chaos; be a fine mess. You find that odds are rarely even, and almost everything exists in constant perpetuity (after all, we say the only constant thing is change). We stay anticipating unanticipated outcomes. We go into rooms constantly trying to act naturally, being either hopeful pessimists or hopeless optimists. In our interactions with one another, we find that similar differences exist between us. We’re all extraordinary humans – “abnormal” in one way or another – trying our best to prove to each other that we’re normal. Whatever the case, I hope we learn to make living itself an art to actively pursue.

And maybe, just maybe I’m giving a “basic” colour like blue too much credit. It wouldn’t be the first time. Also, I’m not trying to make a case for building the colour into your wardrobe…LOL! Chances are you already have a lot of blues to wear. I just had a thought, so I’m sharing it!

But, nice work, blue. I want to be like you when I grow up. Low-key, cool, but definitely there!

The look I’m wearing here is a blue faux-wrap skirt that has a feminine effortlessness about it. The skirt even gives the illusion of a booty…lol. I paired it with a black turtle neck top and floral sandals (for Spring!) to keep things simple, with a small black clutch to top things off. Keep an eye here and on Instagram for blue-hued ideas, this season and beyond.

So, what are your thoughts on the color blue? Just a colour 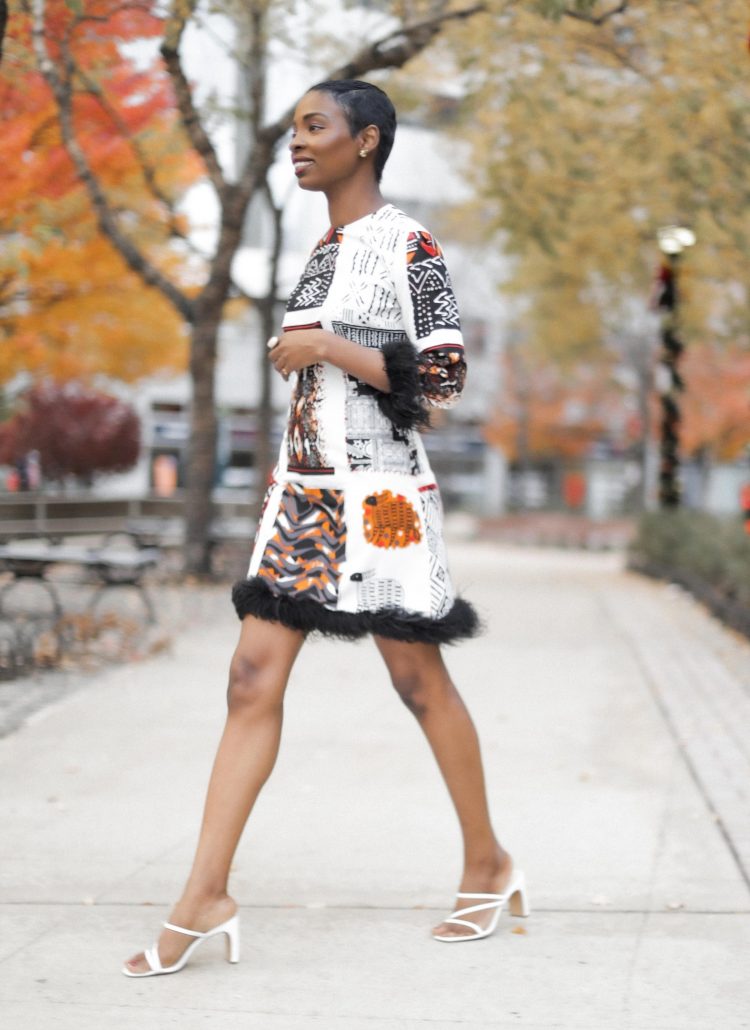 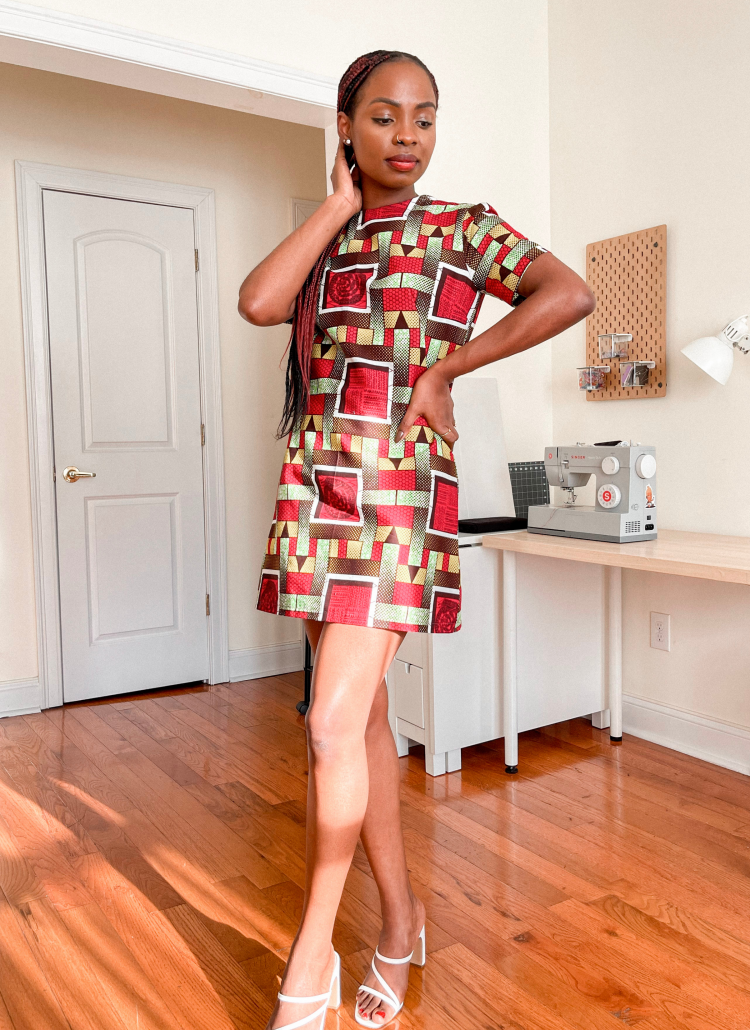 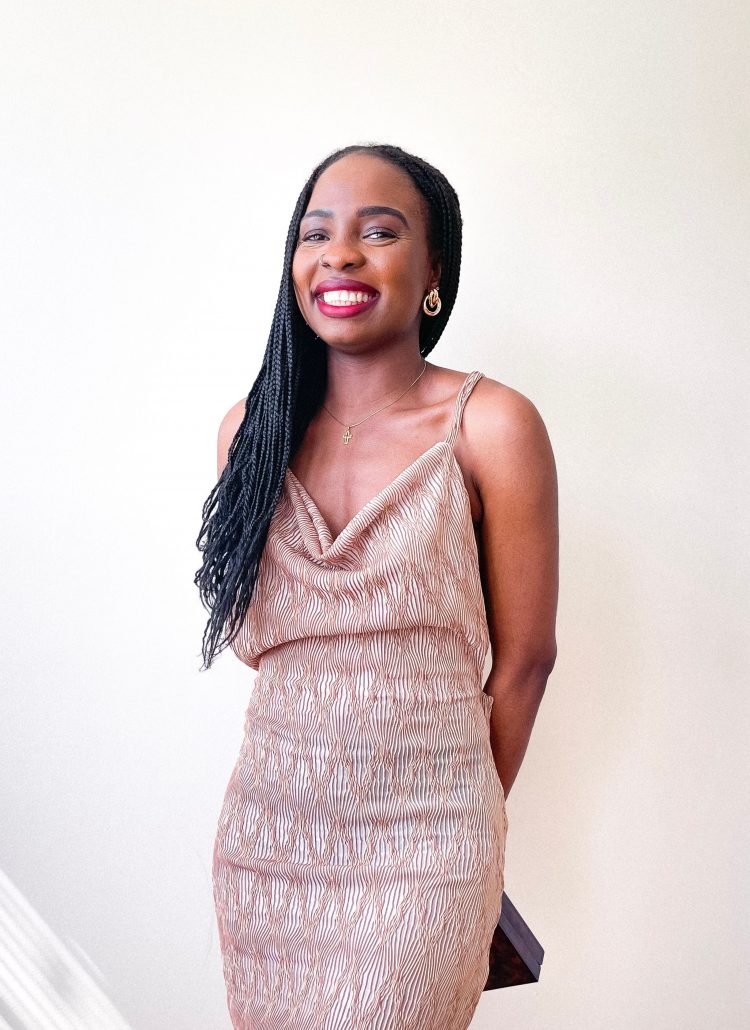 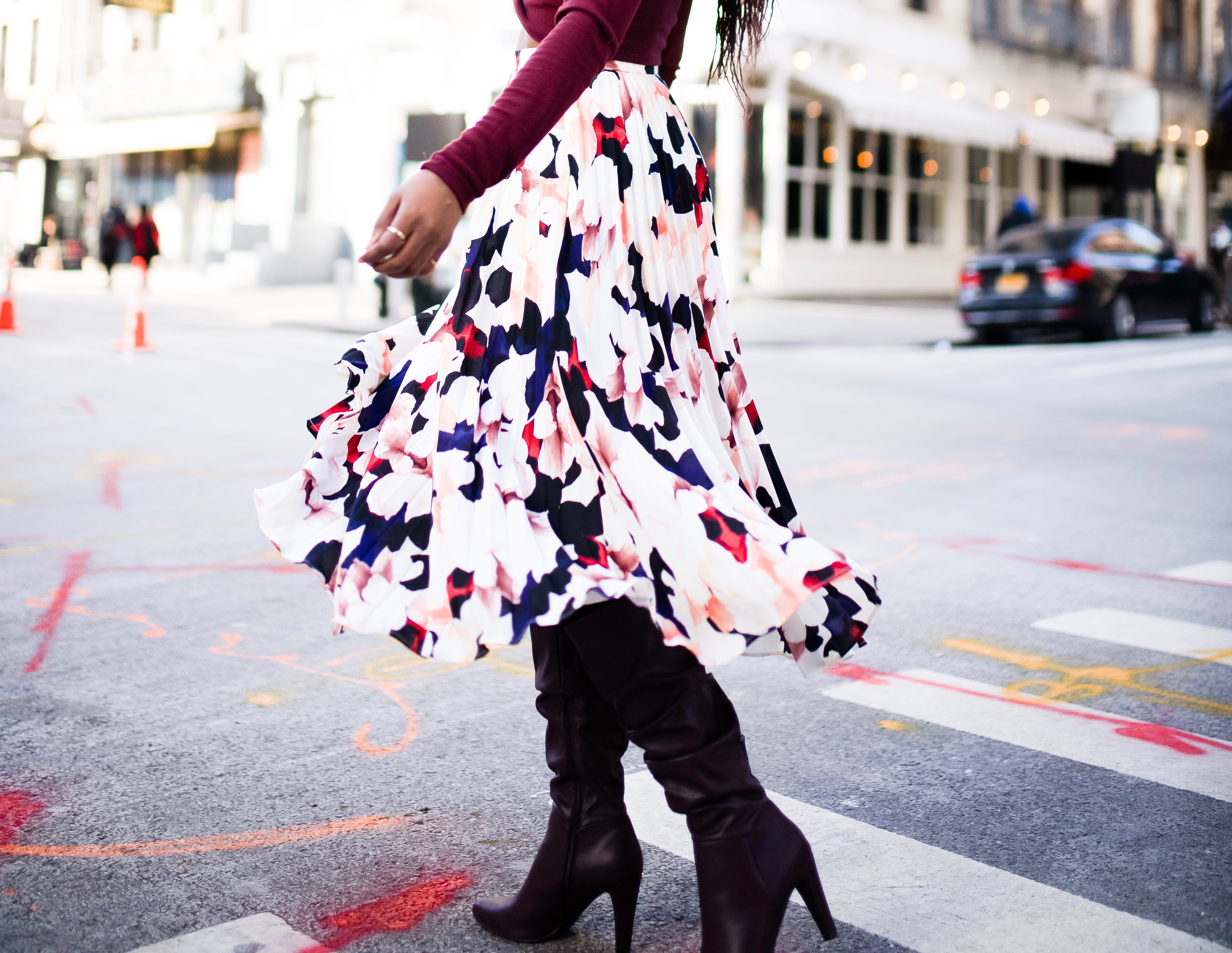